Can your cellphone cause cancer?

Cellphone radio-frequency waves can be decisively linked to cancer in rats, according to a national science panel meeting in Research Triangle Park on Wednesday. The scientists' finding establishes the clearest connection of cellphone risk to humans in a major U.S. study to date.

The scientists made their announcement at the end of a three-day meeting to review a $ 25 million rodent experiment conducted by the National Toxicology Program in Research Triangle Park, North Carolina for the U.S. Food and Drug Administration. The draft of the study, issued in early February, had established a weak link in some cases, but the scientific advisory panel on Wednesday said the data is more compelling and indicates greater risk than initially acknowledged. Wednesday's decision is expected to change the debate over cellphone safety, and public health activists predict the results will increase pressure on federal agencies to issue safety warnings and tighten safety standards of the ubiquitous electronic device.

"It should most likely lead to a reduction in exposure limits," said Ronald Melnick, the National Toxicology Program scientist who designed the study before he retired nine years ago. "This matters a lot because the agencies that will receive this data will make public health decisions based on this information," he said. Melnick said the health risks acknowledged Wednesday should also compel public officials and telecom leaders "not to promote the use of some of these radio-frequency emitting devices for kids."

The draft report had been deemed inconclusive by the FDA and the American Cancer Society last month, and the scientific panel was expected by the activists to rubber-stamp those conclusions in Wednesday's meeting. Before the scientists voted, Kevin Mottus, the outreach director of the California Brain Tumor Association, demanded from the floor that the entire panel recuse itself for lacking qualifications to assess radio-frequency data. Mottus later said that cellphones are comparable to asbestos and tobacco and should carry health warning labels.

But as the voting discussion got underway, the scientists began proposing motions to upgrade the findings to say that prolonged radio-frequency exposure can be clearly linked to heart tissue cancer in male rats. The draft study had previously said there was some link but not clear evidence. The heart tissue cancers were particularly significant because they are a rare form of cancer that rarely occurs in rats and could not be explained as random illnesses. The panellists also voted that the study shows some link between cellphone radiation and brain cancer in rats. The draft had said that link was equivocal, a scientific designation indicating it was inconclusive and arguably inconsequential. In addition to showing an increase in cancers in rats, the study also showed that newborn rats weighed less and suffered higher death rates when living in a radio-frequency radiation chamber.

The FDA's director of the office of science and engineering, Edward Margerrison, attended the meeting and warned afterwards against forming rash conclusions based on Wednesday's votes. "We're taking a responsible approach," he said. "We're not gonna knee-jerk on anything." The FDA will translate the rodent findings to human health risks, and the Federal Communications Commission will decide whether the FDA conclusions are serious enough to warrant setting lower emissions standards for U.S. cellphones or taking other precautions.

Scientists and researchers continue to search for a link between cell phones and cancer. NY Times

Margerrison noted that the rat experiment exposed the animals to much higher levels of radio-frequency waves than a typical cellphone user experiences. But activists at the meeting said that the exposure over two years — the levels that the rats experienced — was comparable to a lifetime exposure for a human being.

The science panel's decision is only advisory and would need to be adopted by the agency to become final, but principal investigator John Bucher said it's unusual for an advisory panel's recommendations to be rejected. Bucher, a senior scientist at the National Toxicology Program, was the lead scientist on the study, which was commissioned by the FDA in 1999 and carried out in underground chambers, where 3,000 rodents were bombarded with radio-frequency radiation for nine hours a day for two years.

The telecommunications industry has long insisted its products are safe for daily use. Jason Johnson, spokesman for CTIA, the telecom industry trade group, said Wednesday's decision will need to be assessed, noting that the panel is not the last word on the contentious issue. "The scientific community will consider the NTP draft reports in the context of the many other scientific studies conducted over several decades," he said by email.

"The Federal Communications Commission, the Food and Drug Administration, the World Health Organization, the American Cancer Society and numerous other international and U.S. organizations and health experts have maintained their longstanding conclusion that the scientific evidence shows no known health risk due to the RF energy emitted by cellphones. The 15-member science panel included pathologists and other industry scientists from Merck, Pfizer, Procter & Gamble, and GlaxoSmithKline, as well as academic experts in electrical engineering, pathology and other disciplines.

How to protect yourself

The public health activists said that as the war of conflicting studies and expert opinions grinds on, the public can take concrete steps to protect themselves from cellphone radiation exposure. They recommend using corded (not wireless) earbuds or headsets. They also recommend keeping the phone away from the body, carrying it in a backpack or purse, setting it on "airplane mode" when not in use, and using a speakerphone when conversing. And they said men should not carry cellphones in their pockets because male reproductive organs are particularly sensitive to radio-frequency waves.

The science panel's conclusions validated the long-standing concerns of epidemiologist and author Devra Davis, president of the Environmental Health Trust and a visiting professor of medicine at the Hebrew University in Israel. She said that even if research findings are equivocal to a scientist, the evidence is still sufficient to signal that humans are unwittingly at risk from their own inventions.

"We're in the midst of a vast exposure experiment on ourselves," she said. 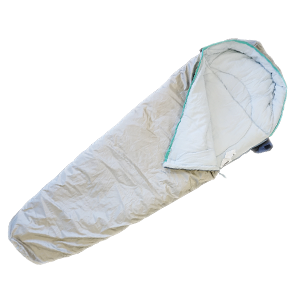